Captain: Jake O'Brien & Emily Beatty
Subject: Natural Sciences & Maths
Year:  2
Proudest Sporting Moment:  Playing for the University seconds team at Varsity last year! I had never played Frisbee before coming to University, so it was amazing to have improved so much to be able to play for Cambridge.

Ultimate is a fast-paced, non-contact, mixed sport played with a flying disc. The sport is super fun, the worldwide community of players is friendly and welcoming, and it's a wonderful way to get fit. Don't worry if you've never heard about or played Ultimate before - many people start at university and discover a lifelong love of the sport, and we hope you will too!

The game is played on a rectangular pitch with two end zones, and the mechanics can be thought of as a mix of American football and netball. The offensive team advances up the field by passing the disc player to player, while the defence tries to make this difficult. Any player who catches the disc must stop as soon possible. Goals are scored when the disc is caught in the endzone. A turnover occurs when the defence intercepts the disc, the disc is dropped, or it flies out of the playing field.

An important part of Ultimate is the spirit of the game, which encapsulates sportsmanship, respect for opponents and adherence to the rules. Virtually unique amongst serious sports, Ultimate is self-refereed, even at international level. The players call the fouls themselves and disputes are resolved through a debate.

The best way to learn Ultimate is to join us at one of our practices, which will run twice a week. On weekends we play matches against other Cambridge teams in the college league. Practices and matches are absolutely open to everyone, without try-outs or any threat of being 'dropped'. We welcome all skill-levels, from absolute beginners to national players. Anyone who shows up is guaranteed pitch time.

Ends of terms are marked by larger events: Indoors Cuppers in Michaelmas, Hat Tournament in Lent, and Outdoors Cuppers in Easter. At hat tournaments players don't play with their usual teams but in experience-balanced random teams (with the names of players picked out of a hat). Last year, we won the Easter College League and were runners-up in Outdoors Cuppers.
Get in touch with us at ultimate@trinityfieldclub.net! 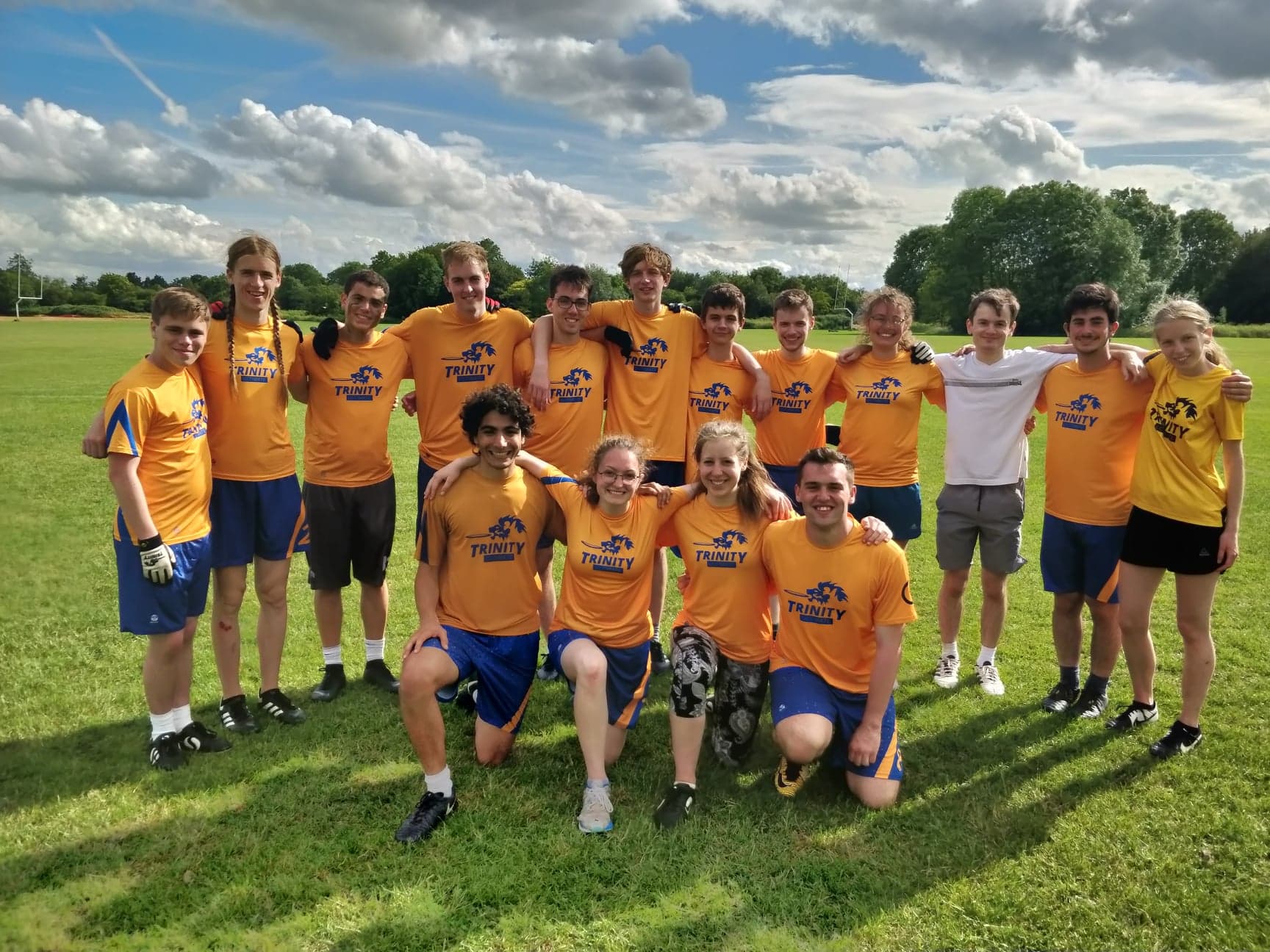